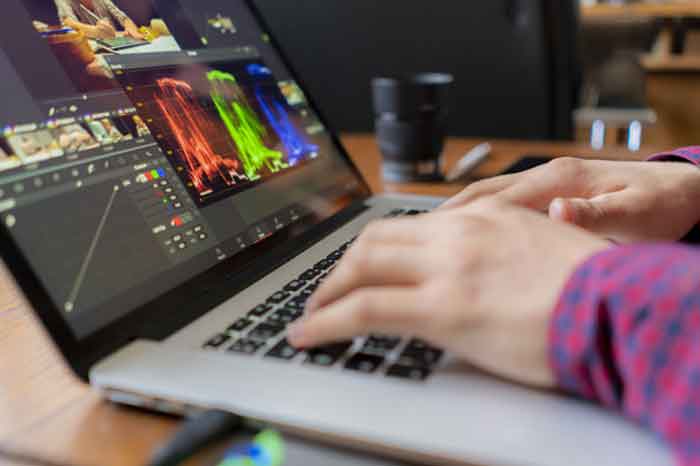 Final Cut Pro is the first choice of many independent film makes, and is taught in film schools across the country over any other editing software. The program allows you virtually unlimited audio and video tracks and endless possibilities for layering and transitioning in between them. In general, Final Cut Pro is a very user-friendly program with keyboard short cuts, as well as menu bar shortcuts so theoretically you will never forget how to do an effect or make a transition. Final Cut Pro is designed to work side by side with Adobe Photoshop and Adobe After Effects, which can allow you to add even more spice to your projects. Final Cut Pro has also released an HD version of their program allowing you to edit your projects in High Definition. Final Cut pro Studio also comes with Soundtrack for making your own royalty free music, Live type for making professional looking graphics, and Shake and Motion. Final Cut Pro is typically used by creative professionals working in advertising, television, and film. Browse this site to discover a useful content about Movavi Video Editor.

Avid has long since been an industry standard as far as non-linear editing systems go. When people in the industry think non-linear editing they think Avid. As Final Cut pro has gotten better and better throughout the years Avid has started to be used less and less. While Avid can offer you many of the same features as Final Cut Pro as far as the video editing is concerned, it is a lot less user friendly program overall. While Final Cut Pro has controls on the screen to help you out if your forget shortcuts Avid requires a good amount of learning out of the gate in order to operate it. If you forget a short cut in Avid the manual is your only resource for retrieving it. Today Avid tends t be used in more technical video editing fields like television news.

The new kid on the block, Edius is starting to get recognition as a professional non-linear editing program. With Final Cut pro and Avid you are going to get every bell and whistle known to man, Edius has some of those same bells and whistles, but has one thing that makes it different…it edits in real time. With other editing programs you have to spend time to render effects, and then discover that they don’t look the way you planned, so you have to do it again and re-render. Edius makes that whole process a little easier by rendering on the fly. Since it’s quick, Edius has started to pop into television news stations across the country, with the recent release of their HD version it will start showing up a little more. The program itself is pretty easy to use and is set up similarly to Final Cut Pro with short cuts directly on the desktop so you don’t have to keep them in your head. If you’re looking for something quick, easy, and fast then Edius may be a good choice for you.